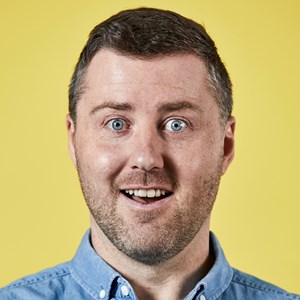 A New Zealand regular, Lloyd has performed at The Classic over the past 5 years.
His down to earth demeanour and fierce satire keep the audiences coming back year after year.
Kiwi audiences love him!!

Lloyd is a stand-up comedian, writer and actor.

He can be regularly heard as co-host of The Rhod Gilbert Show (BBC Radio Wales) and on comedy programmes such as The Unbelievable Truth and The News Quiz (both BBC Radio 4). His television appearances in the UK include Q.I, Celebrity Mastermind and Never Mind The Buzzcocks.

Lloyd also is a regular panellist on both New Zealand’s and Australia’s versions of 'Have You Been Paying Attention?' as well as TV3's '7 DAYS'.

Lloyd is also in great demand as a writer, winning a Radio Academy award for his contributions to Here Be Dragons and also working on projects as diverse as Man Down (Channel 4), The Apprentice: You’re Fired (BBC Two) and Big Problems With Helen Keen (BBC Radio 4).

“One of the sharpest comedic minds on the circuit.” The Guardian

“Langford could talk about anything and make it sound quirky and funny.” The List

“A quick and instinctively funnymind” Metro