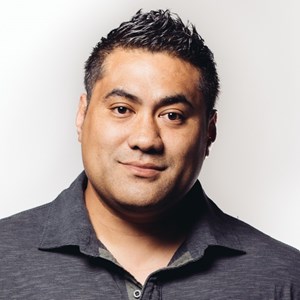 2017 Billy T Comedy Award Nominee out of Wellington and definitely one to watch out for over the next year.

Once tipped to be a rugby star, a career ending injury at a young age finally led to Li'i diving into Stand Up comedy. He performed for a few months in 2010 before moving to Canada early 2011, where he performed less, but still came away runner up in the Kokanee 2012 Amateur Comedy Contest in Alberta.

Returning to New Zealand early 2015, Li'i decided to spend more time on the comedy circuit in Wellington. In late 2015, his journey was filmed for Ka Tu Ka Korero: Maori television, Season 2 - Episode 4. He has since become a 2015 Semi-Finalist Raw Comedy Quest Semi-Finalist; nominated for Best Comedian for the 2016 Wellington Comedy Awards, and has also been nominated for the 2017 Billy T Award. He has garnered rave reviews, with theatrereview writing, "He achieves what Neil Thornton describes as the Holy Trinity of Comedy: The “Oh”, The Groan and The Clap simultaneously."

Li'i ALAIMOANA is avaliable for hire. Click here to enquire.