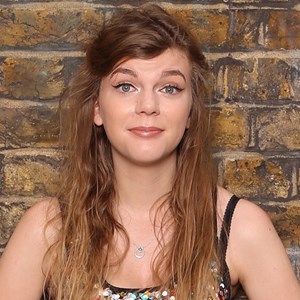 Following a whirlwind year of awards, nominations and sold-out shows, Lauren is BACK!!

Lauren Pattison is one of the youngest and brightest talents on the UK comedy circuit.
Not one to shy away from discussing personal and sensitive topics, Lauren is true to her roots and this proud Geordie doesn’t hold back on letting her heritage shine through.

Following a whirlwind year of awards, nominations and sold-out shows on top of a runs at International Comedy Festivals in Melbourne, Adelaide, Perth and New Zealand 2018; Lauren returns to New Zealand with her new show Peachy, a celebration of gaining control and learning to stand on her own two feet.

A fresh and fierce female voice, Lauren was nominated for the Latminute.com Edinburgh Comedy Awards for Best Newcomer 2017 as well as winning the Herald Angels Award 2017.

Named on The BBC New Talent Hotlist 2017, Lauren has reached the final of nearly every national UK comedy competition including 2015's Chortle Student Comedy Awards, the prestigious BBC New Comedy Awards in 2016 and NATY’s in 2017. Since then Lauren has supported her hero Katherine Ryan on two nationwide tours, she’s also opened for Stewart Francis and Dane Baptiste.  Her TV career is just beginning with appearances on recent series of Drunk History (Comedy Central) opposite Michelle Keegan and Tim Key. No doubt more to come from this young lady.

Lauren was also the only UK rising star to be invited to Just for Laughs Festival in Montreal where she performed on the Brit(ish) line up alongside Sara Pascoe, Joel Dommett, Nish Kumar, Ed Gamble and Paul Chowdhry and recorded a set for the ‘Stand Up Show with Katherine Ryan’ which will air on Canadian TV later this year.

Lauren is one of the most exciting comedians to land on the scene in years, paving the way for comics of her generation with her authentic and assertive style. Lauren’s presence is extraordinary, her performances are an impressive memorable experience not to be missed.

"A spiky, deliciously bawdy and remarkably assured debut hour that deserves to be one of the break-out hits of this year's Fringe." - The Telegraph ★★★★

“Yet even when packing a punch, her demeanour is breezy, frank and friendly, making her wickedly engaging company” - Chortle ★★★★

“There are the comedians who revolutionise their industry, the ones who have taken the wrong turn, and then there are others, the best ones – those we want to be friends with. Lauren Pattison is certainly one of these one” - Edinburgh Festivals Magazine ★★★★