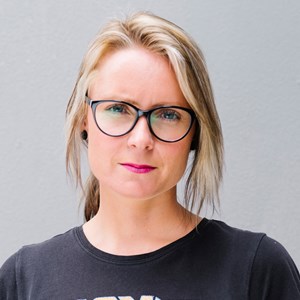 One of the rising stars on the Australian Pro circuit makes her NZ debut. Highly recommended

Katie burst onto the scene in 2014, winning NSW Raw Comedy and coming Runner Up in the Raw National Finals, using her unique comedic voice to delight audiences and critics alike. Katie is now a regular at The Comics Lounge in Melbourne, and has recently appeared on both The NRL Footy Show and Comedy Central.

Dry, bullet proof and with hilarious material, it’s easy to see why Katie is one of the most sought after comedians in the country.