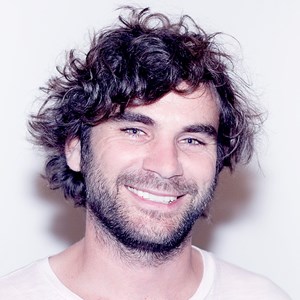 One of Aussie's most prolific and successful touring comedians. Jon has been everywhere man. He is dropping in to The Classic for a few dates

“Armed only with self-deprecating wit and memories, Bennett reminds us that ordinary people lead extraordinary lives. ★★★★★” – The Sunday Mail (AUS)

"Stories as funny as they are heart-warmingly honest.  You will laugh, but you will also tear up at the honesty he brings to the stage. ★★★★★" - National Post

"Bennett is an elite comedian with a masterful delivery, sense of timing, and superlative writing skills. ★★★★★" – Theatre In London

“Bennett is a joy to watch. This is bold, honest, engaging and different to a lot of standard comedy on offer. ★★★★★” – Fringe Guru (UK)

“Incinerates your expectations of the solo confessional, this flammable Australian is in a league of his own. ★★★★½" – Edmonton Journal (CAN)

Jon’s comedy career began in his homeland Australia, and after 14 years in the business he is now known as one of the most prolific storyteller-comedians touring the world.

With a total of 8 one-hour-long individual comedy shows and appearing in over 65 festivals, Jon is constantly performing across the globe making people laugh through exceptional comedic storytelling.

He has received multiple 5 star reviews in reputable publications world wide and won awards such as Funniest Show Award in the London Fringe, Critics Choice Award for Best Solo Show at the Orlando Fringe and a Golden Gibbo Award nomination at the Melbourne International Comedy Festival.

He has performed at a number of prestigious festivals such as the Edinburgh Fringe, Melbourne International Comedy Festival, Just For Laughs in Montreal and multiple times for the illustrious Moth Main Stage Storytelling in the USA. Performing in such distinguished venues such as the Paramount Theatre in Austin, Thebarton Theatre in Adelaide and The Great Hall at Cooper Union in New York. Stages that have housed hugely famous bands and comedians to Presidents Lincoln and Obama.

In 2017 Jon performed at an impressive 24 festivals over four continents garnering even more awards and accolades.