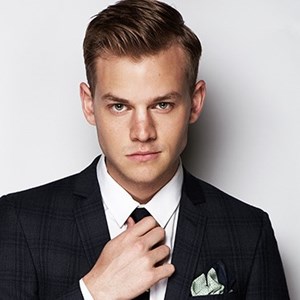 Named as one of four Australian comedians most likely to make it big on the world circuit. Must see!

Australia’s “Acid Tongue Prince” Joel Creasey was born in Perth and has now emerged  as Australia’s hottest rising star of comedy on the international stage. Joel has become a firm favourite with audiences across Australia selling our Festivals and theatre tours of his acclaimed solo shows. In 2015, he also performed at the Edinburgh Fringe Festival in the UK and the Just For Laughs Montreal Comedy Festival, as well as printing solo shows at London’s Soho Theatre and in Los Angeles.

“The relentlessly hilarious 23-year-old has the chops of a much more seasoned performer, and the charisma of an inevitable star.”