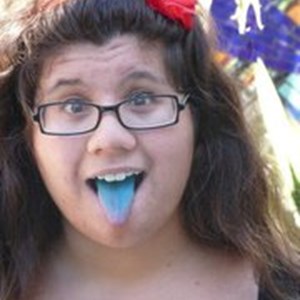 In 2009, Jayran was judged to be the funniest student at St Mary's College, and went on to complete the Class Comedians Program with Ben Hurley.

Since then, she has been making a concentrated attempt to become a stand-up comedian. This seems to have been met with some success, as she was a finalist in the 2010 Raw Comedy Quest. Jayran pursued her comedy career against the wishes of her parents, who wanted her to become a lawyer or a gynecologist.

Jayran has always lived with an assortment of pets, and this experience features prominently in her work. Her work is also characterised by a wide variety of different themes from her unorthodox position on organ meats to rejection from the man she loves. The phrase good riddance to bad rubbish is also explored in Jayran's comedy. Jayran's blue tongue is the result of a congenital birth defect that has caused her much pain and suffering throughout her life.

If you watch Jayran, things that seem mundane will suddenly become hysterically funny. Like Turkey, the word 'research', Fritzl and papier mache. Sometimes, Jayran plays the guitar and sings moving love ballads that she composed herself.

After watching Jayran perform, you will never look at a world map the same way again. She has a unique style that you must see before you die.

Jayran MANSOURI is avaliable for hire. Click here to enquire.