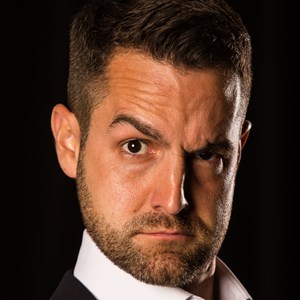 Australia's favourite Venezuelan comedian Ivan Aristeguieta exploded on to the scene in 2016 with his brilliant observations on Aussie culture and food, taking him around the country, headlining theatres and selling out festivals.

From his ABC sitcom, Lost in Pronunciation, to his debut live stand-up TV special, Chorizo Sizzle, Ivan has gathered a mass of fans for his trademark cheerful and naïve rejoicing in the troubles and joys of a land that is girt by tomato sauce...and the unmissable Saturday Bunnings sausage sizzle.

"Aristeguieta’s performance is outstanding....My advice: run to buy a ticket, on the off chance that there are still any left." ★★★★ - Arts Hub