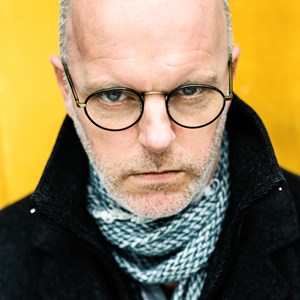 Comedian, playwright, actor and author Greg Fleet has recently released his highly acclaimed first novel The Good Son through Penguin publishing. This follows on from his award winning memoir These Things Happen, an adaptation of which he has recently performed at the Perth Fringe Festival, Adelaide Fringe Festival (winner of best comedy and best theatre) and the Melbourne International Comedy Festival.

One of Australia’s most highly respected stand up comedians, he has performed in twenty six Melbourne International Comedy Festivals and eight Edinburgh Fringe Festivals. He has appeared in film, television and on stage. Credits include Underbelly, Wolf Creek, Underwater World, The Librarians, Full Frontal and Shakespeare's Twelfth Night.

In 2015, Fleet starred in the Australian cult-classic underground zombie comedy film Me and My Mates vs the Zombie Apocalypse.

He has written two award winning plays since 2015, one of which, Signifying Nothing, (an adaptation of the MacBeth story set in contemporary politics) won the critics choice award at the Adelaide Fringe Festival.

This will be Fleety's fifth trip to NZ. Unlike many Aussies he considers Kiwis to have a more developed and inspired arts scene than that of his countrymen. He will of course deny this if called to discuss it in front of Australians.

He (along with Simon Pegg and Bill Bailey) was amongst the first international acts to perform at bThe Classic in 1997 (?).

Come and see him October 3-13 (his birthday!). If he catches up with Brendhan Lovegrove it is conceivable that neither one of them will survive.

"Subtle, Succinct and Surreal" The Scotsman

"Exceptionally funny... the audience was spellbound throughout"
The Scotsman

The fastest thinking stand up around The Sunday Times, LondonIn one hour he succeeds in dragging us to extremes of laughter, embarrassment and pity, but mainly laughter, as he takes us on the emotional roller-coaster journey of our lives. He deserves to be massive.
The Independent, London