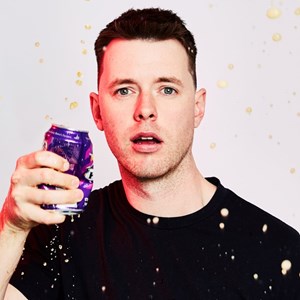 Writer/Comedian Gerard McGowan was twice Raw Comedy State finalist
(2013,2015), hand picked for the Sydney and Brisbane Comedy Festival
Breakout showcases (2016). And has been featured on FBI, 2Day FM and Triple J
Radio stations as well as appearing on ABC’s the Checkout and most recently had
a major part in Comedy Central’s Nippers (2018).

A regular guest at the Sydney Comedy Store as well as all of Sydney’s top
comedy venues he been lucky enough to share the stage with Matt Okine, Ronny
Chieng, Chris Rock and Amy Schumer, as well as touring theatres across
Australia with the Sydney Comedy Festival Showcase in 2015, 2016 & 2017.

His 2018 festival show “Only Getting Funnier” was nominated for best comedy at
the Perth Fringe Festival.

“His jokes came thick and fast his set was fun, lighthearted naughty and
subversive” - Weekend Notes.
“His deadpan dryness - it pulls you in and doesn't let go. He is somewhat of a
master of the self-piss-take” - The Music