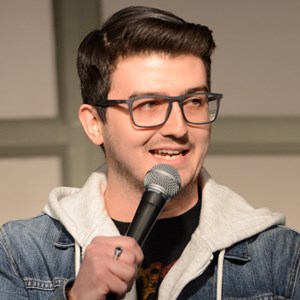 Toronto based Pro comedian dropping by The Classic just for laughs!

Gary Lamkin, age 29, did his first stand up set at the age of 16 in “The Great Canadian Laugh Off” and he’s been going ever since. Now based in Toronto, Gary continues to make audiences laugh with his effective blend of material and improvisational crowd work. He was featured for the first time on television when he was 18; on the show “Comedy In The City” and has headlined and toured in various parts of Canada.

He has also completed 2 years of training at Humber’s “Comedy Writing and Performance”’program. He hosts his own podcast “The Hump Day Podcast” which is available on iTunes/Spotify.