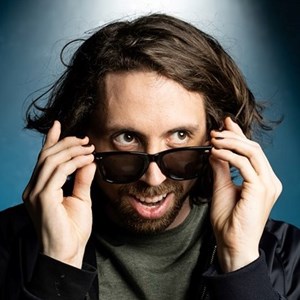 UK headliner pop by The Classic this week only

Eric Lampaert is a European comedian & actor who’s appeared in movies such as Valerian & The City of a Thousand Planets & Anna directed by Luc Besson, The Show written by the Alan Moore, and much more…

He has also performed stand up at festivals all over the World; Edinburgh, Montreal, Johannesburg, etc. He’s supported Eddie Izzard (in English and French), performed theatre runs of his shows in London, Los Angeles & Paris, and won the ComediHa Best International Comedian Award in Quebec, so when you tweet him saying he isn’t funny, he doesn’t care. Because he’s incredibly talented and humble. Very humble. The most humble. And awesome.

★★★★ “He makes it look so easy but this is a man with very funny bones. Definitely one to catch”

★★★★ “Provides a constant frisson of energy with sparky thoughts about international traits, learning foreign languages and even touching on mental illness with his loose, animated style”

★★★★ “A galaxy of brilliant silliness”

★★★★ “A really impressive comic with a unique perspective”