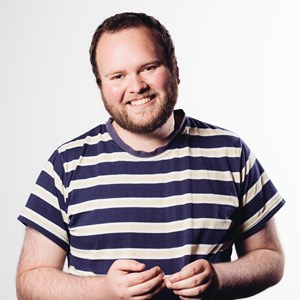 Eamonn Marra is a Wellington Comedian.

He's best known for his comedy about anxiety and mental illness. He has performed in the New Zealand International Comedy Festival, The New Zealand Fringe Festival and appeared on TV3's AotearoHA Rising Stars.

He is one of the hosts of the storytelling podcast What We Talk About.

"...one of New Zealand’s most exciting comedians." - Lumiere Reader

Eamonn MARRA is avaliable for hire. Click here to enquire.