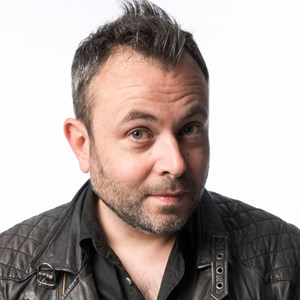 British comedian, Dan Willis, is officially the most experienced festival comedian in history, having performed over 3000 shows in 11 different countries.

Dan has attended comedy festivals throughout the globe performing solo shows in Melbourne, Sydney, Adelaide, Perth and New Zealand. As well as several years at the Edinburgh Fringe Festival where he once took upon the challenge of performing six 1hr shows a day for a month, repeating no jokes and cementing himself as the single most experienced comedy festival act in history.

Dan has starred in TV shows both in the UK such as "Kings of Comedy", "Edinburgh or Bust" and "Sex on the Job".

Dan now resides in Australia where he is a popular headline and host at comedy clubs across the land.
He is also the producer, promoter and resident MC for The Best Of British live comedy showcase that tours throughout Australia.

Dan is no stranger to The Classic. He pops by every so often for a pint and laugh and has a few NZ Comedy Festivals under his belt. Always a pleasure, he's back at The Classic during the 2016 NZ International Comedy Festival - be sure to catch his new zombie show!

"A great comedian and a wonderful performer"- Time Out (London)

"Willis is a natural on the stage. If you’re sick of the pretentious artsy twenty-somethings that usually dominate the Adelaide Fringe, Dan Willis is the man for you" - TREV Official Press (Adelaide Fringe 2015).

"The best of the auld Anglo-Antipodean love-hate relationship, his casual lounge-room style and quick-fire ad-libbing brings it home" - IN Daily (Adelaide Fringe 2015).