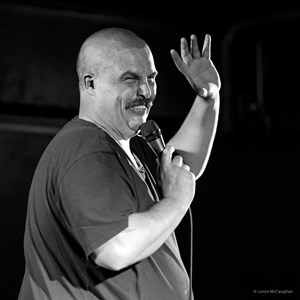 Dan Sage is a comedian and solo father of 6.
Based in Hamilton city, Dan Sage has been performing stand up all over the North Island for the last 3 years and has recently begun to appear on pro circuit shows in Auckland, Hamilton and Palmerston North.

As a giant pile of walking poor life decisions, Dan has a unique style.
A mix of story telling, observational and physical comedy that has had audiences both in fits of laughter and questioning his sanity. The comedy of Dan Sage is a one of a kind experience that will leave you wanting more.

A future Star of NZ comedy, not to be missed.