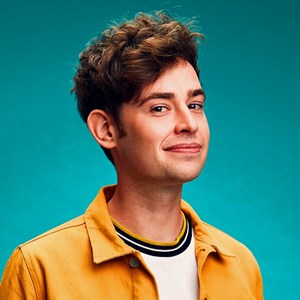 As seen on Live at The Apollo, a true Northern voice, energetic and endearing, debuts at NZ Comedy Festival

His boyish cheeks recently cropped up on Comedy Central’s, Live At The Comedy Store, racking up over 6 million YouTube hits for his stint on BBC’s Top Gear, and smearing his dirty Northern accent all over ITV’s Survival Of The Fittest. He has also appeared in BATFA winning drama's Marvellous and Skins and written on a number of BBC Radio 4 shows.

Following a UK tour and popular stint in South Africa as the voice of ITV2’s hugely popular Survival of the Fittest, as well as recent seasons at both Edinburgh Fringe and Melbourne Comedy Festival, award-winning comedian Brennan Reece has been invited to perform in the New Zealand International Comedy Festival.

Brennan debuts at The Classic with his critically acclaimed show 'Evermore' which celebrates the marvellousness of the women who have been a part of his life and have made him who he is. Underscored with music from a live band, this is a beautiful story from a true working class wanderer. Catch him at The Classic Studio!

A true Northern voice, with family close to his heart. Your Mum is going to love him! (Not like that, you little perve.)

“Hilarious and tender…a beautiful, raucous and touching hour from an endearing performer.” ****1/2 - Chortle

“Reece displays an endearing quantity of self-awareness and admirable capacity to stick to his guns.” ***** - The Scotsman