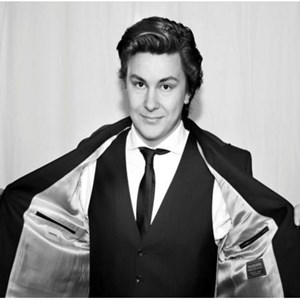 Character comedian based in Wellington

Alexander is a writer / performer from Wellington.

He is best known for the solo shows DJ Trump, ENIGMA, de Sade, and A Collection of Noises.
His previous scripts cover a wide range of genres – from black comedy to psychological horror – and several have had critically acclaimed performances around New Zealand.

“Sparrow has the assurance and gravitas of a pro . . .”   - Lumiere Reader

Alexander is based in Wellington and is available for hire.
Please contact him directly via his website - alexandersparrow.com

Alexander Sparrow is avaliable for hire. Click here to enquire.